The purchase of a seminar gives you permanent access to the video recording. Recordings are delivered the day after the seminar. All prices exclude GST.

All our seminars are accredited for CPD credit with every Canadian Law Society (except Quebec).

Making the jump from law school mooting to full on appellate work isn’t easy. There are so many aspects of the appeal process that cause difficulty for counsel making the transition. Appeals use a different language, and there are plenty of procedural complications.
In this two-part seminar (September 29 is Part 2), designed for those new or relatively new to appeals, Peter Sankoff will provide tips for making the transition seamlessly, with points on procedure, the writing of a factum, and oral appellate advocacy.
This seminar will focus on basic procedures to be aware of (including the bail process), and important tips on writing a factum.

No defence lawyer likes to see a client convicted, but the trial is only half the battle. Sentence hearings have their own rules and require special preparation. Paul Moreau is a former Crown, now a defence lawyer, and teaches sentencing at the University of Alberta. There isn’t much he has not seen. Join him for an informative look at how to best prepare for a contested sentence hearing.

Paul Moreau has focused his practice on criminal defence since 2001. He argues his cases both at the trial and appeal levels, appearing in all levels of court, including the Supreme Court of Canada. He also sits on several committees with Legal Aid Alberta and the Alberta Courts. He is also a sessional instructor at the University of Alberta Faculty of Law, teaching Sentencing Law since 2017.

Better Use of Visuals – Jennifer Brevorka and Peter Sankoff

They say a picture is worth 1000 words. But defence lawyers rarely pick up on this maxim, preferring to run trials with documentary evidence and oral submissions only. There are many advantages to including visuals in your written materials, and also in court. What are the rules governing their use, and how can they be deployed effectively? Find out in this exciting seminar.

Jennifer (Jenny) Brevorka is nimble courtroom advocate and skilled negotiator who frequently represents officials or executives accused of wrongdoing by their employer, the government, or regulators. As a partner at Henein Hutchison LLP, she maintains a criminal and civil practice. Before joining Henein Hutchison, Jenny served as partner in a Texas trial boutique and successfully defended individuals and corporations in venues across the United States.  Jenny’s American litigation experience includes a bench trial before the Delaware Court of Chancery, criminal jury trials involving multiple defendants in state and federal court, and federal criminal trials with questions of international law.

The law of sexual assault is in a constant state of evolution. In this seminar, Professor Sankoff will provide a much-needed update on the law concerning “myths and stereotypes”, section 276, and the use of an accused’s affidavit for cross-examination. Recent decisions like Kirkpatrick, McKnight and HP (ONCA) will all be considered.

Professor Penney will examine the latest developments in the law of confessions, including the Supreme Court’s upcoming decision in R v Tessier, the meaning of the “person in authority” requirement, operating mind, inducements, oppression, voir dire procedures, derived confessions, corroboration, and the “Mr. Big” rule.

Steven Penney is a Professor at the Faculty of Law, University of Alberta. Born and raised in Edmonton, he received a Bachelor of Arts and a Bachelor of Laws from the University of Alberta and a Master of Laws from Harvard Law School. He researches, teaches, and consults in the areas of criminal procedure, evidence, substantive criminal law, privacy, and law and technology. He is co-author of Criminal Procedure in Canada and co-editor of Evidence: A Canadian Casebook, a member of the advisory boards of the Alberta Law Review and Canadian Journal of Law & Justice, and Chair of the Centre for Constitutional Studies advisory board.

“Going below the range: using social context evidence to get results in sentencing”- Chris Rudnicki and Theresa Donkor

The modern sentencing trilogy – Lacasse, Friesen, and Parranto – are frequently cited by Crown attorneys to justify higher sentences in drunk driving, sexual assault, and fentanyl trafficking cases. But read together, they stand for a powerful and defence-friendly sentencing proposition: a trial judge is free to impose a sentence well below the range where they feel it is proportionate to the circumstances of the offence and offender. In this seminar, Chris Rudnicki and Theresa Donkor explain how they achieved the result in R v Kelly, 2022 ONSC 5500: a conditional sentence for an offender convicted of imposing 1 kg of cocaine. In particular, they discuss the potential for social context evidence to justify unusually low sentences.

Chris Rudnicki is lead counsel at Rudnicki & Company, a criminal defence firm in Toronto. He specializes in criminal law and has experience in complex, serious, and precedent-setting cases at every level of court. Chris began his career as a trial lawyer, shifting to appellate work in 2019. Though most of Chris’s work today consists of indictable appeals to the Court of Appeal for Ontario, he maintains a small trial, regulatory defence, and animal law practice. Chris sees his law practice as a means of achieving just results for individual clients while contributing to the progressive development of the legal system as a whole.

Theresa Donkor is associate counsel at Rudnicki & Company. She practices criminal defence, with a focus on appeals from conviction and sentence to the Court of Appeal for Ontario. She also acts for lawyers in professional disciplinary proceedings. Theresa’s practice focuses on racial justice. She has advocated for lower sentences to account for systemic anti-Black racism, the need to account for disproportionately harsh jail conditions faced by racialized prisoners, and the importance of cultural competence when representing Black defendants. Theresa sees herself first and foremost as an advocate and works tirelessly to deliver the best results for her clients.

Bail court is its own unique world, and learning how to master it is a real challenge. In this seminar, Tony Paisana will cover the ins and outs of bail hearings, putting you in the very best position to succeed for your client.

Tony Paisana is a partner at Peck and Company Barristers. He has argued cases at all levels of Court, including the Supreme Court of Canada. He was counsel in the case of R. v. Jordan, the leading authority on unreasonable delay in criminal cases. Tony practices predominantly in the area of criminal law, including acting as Crown Counsel in special prosecutions involving potential conflicts of interest with the British Columbia Prosecution Service.
He also periodically authors articles and makes presentations dealing with emerging criminal law issues. For the past several years, he has been an adjunct professor at the UBC Allard School of Law where he teaches a course on preventing wrongful convictions.

We’re leaving this slot open to include something super topical! Stay tuned!

Making the jump from law school mooting to full on appellate work isn’t easy. There are so many aspects of the appeal process that cause difficulty for counsel making the transition. Appeals use a different language, and there are plenty of procedural complications. In this seminar, designed for those new or relatively new to appeals, Professor Sankoff will provide tips for making the transition seamlessly, with points on procedure, the writing of a factum, and oral appellate advocacy.

This is Part II of the seminar on appellate advocacy. The focus will be oral advocacy, and how to excel in that area.

In this seminar, drawing upon her empirical work with incarcerated people, as well as on the relevant s. 7 jurisprudence and scholarship, Dr. Adelina Iftene will explore the ways in which s. 7 of the Charter may be used as a litigation tool in challenging prison conditions of confinement. The presentation will cover some social science evidence documenting the inadequacies of conditions and treatment in federal and provincial prisons, their impact on incarcerated people, the potential sources of a s. 7 breach in this context, and how various principles of fundamental justice may be engaged. Some s. 1 issues will also be covered in the presentation. The presentation will be example-heavy, with focus especially on inadequate prison health care.

Dr. Adelina Iftene is an Assistant Professor and the Criminal Justice Specialization Coordinator at Schulich School of Law, Dalhousie University, as well as the Associate Director of the Health Law Institute at Dalhousie. Adelina teaches and conducts research in the areas of criminal law, evidence, sentencing and imprisonment and prison policy. Her book “Punished for Aging: Vulnerabilities, Rights, and Access to Justice in Canadian Penitentiaries,” was published by University of Toronto Press in 2019. She is also the co-author of the Annual Review of Criminal Law (Thomson Reuters).

“Dealing with the Crown: Practice Issues”

In order to succeed as a defence lawyer, you need to figure out how to deal with the Crown. And it isn’t always easy. Time and again, scenarios will arise that test your abilities – and your patience. In this panel seminar, experienced lawyers will address problems that commonly and uncommonly arise, and give you tips on how to best deal with the Crown.

Neha Chugh is a criminal lawyer at Chugh Law, which she started in 2014 in Cornwall, Ontario. Neha also serves as the prosecutor in the Akwesasne Court, assists with provincial offences prosecutions
with the City of Cornwall, and is an instructor at Iohahi:io Akwesasne Education & Training Institute.
Neha is also on the Board of Governors for the Law Commission of Ontario and is the 2022 recipient of the Catzman Award for civility and professionalism in the profession.

Gloria Ng is one of the co-founders of Platform Litigation in Vancouver, British Columbia. Gloria has represented clients facing murder, manslaughter, drug trafficking, kidnapping and unlawful confinement to charges like fraud, assault, and mischief.
As part of her trial practice, Gloria regularly mounts constitutional challenges in areas such as: Search and Seizure, Unlawful Arrest and Detention, Right to Counsel and Right to Silence. Gloria also has extensive experience in challenging the evidence of informant and cooperating Crown witnesses as well as challenging technological evidence (cellular and computer data).
Gloria is also often retained to represent complainants in sexual assault cases when applications concerning a complainant’s privacy and dignity are engaged.

He has appeared before a number of administrative tribunals, Professional Discipline Hearing Committees (representing engineers, financial advisors, physicians, accountants, realtors, and other lawyers), the National Parole Board, the Supreme Court of Canada, all levels of Saskatchewan Court and in the Alberta, Manitoba, British Columbia and Ontario Provincial and Superior Courts. He is based in Saskatoon, Saskatchewan.

End of Year “Spectacular” with Peter Sankoff and Steven Penney 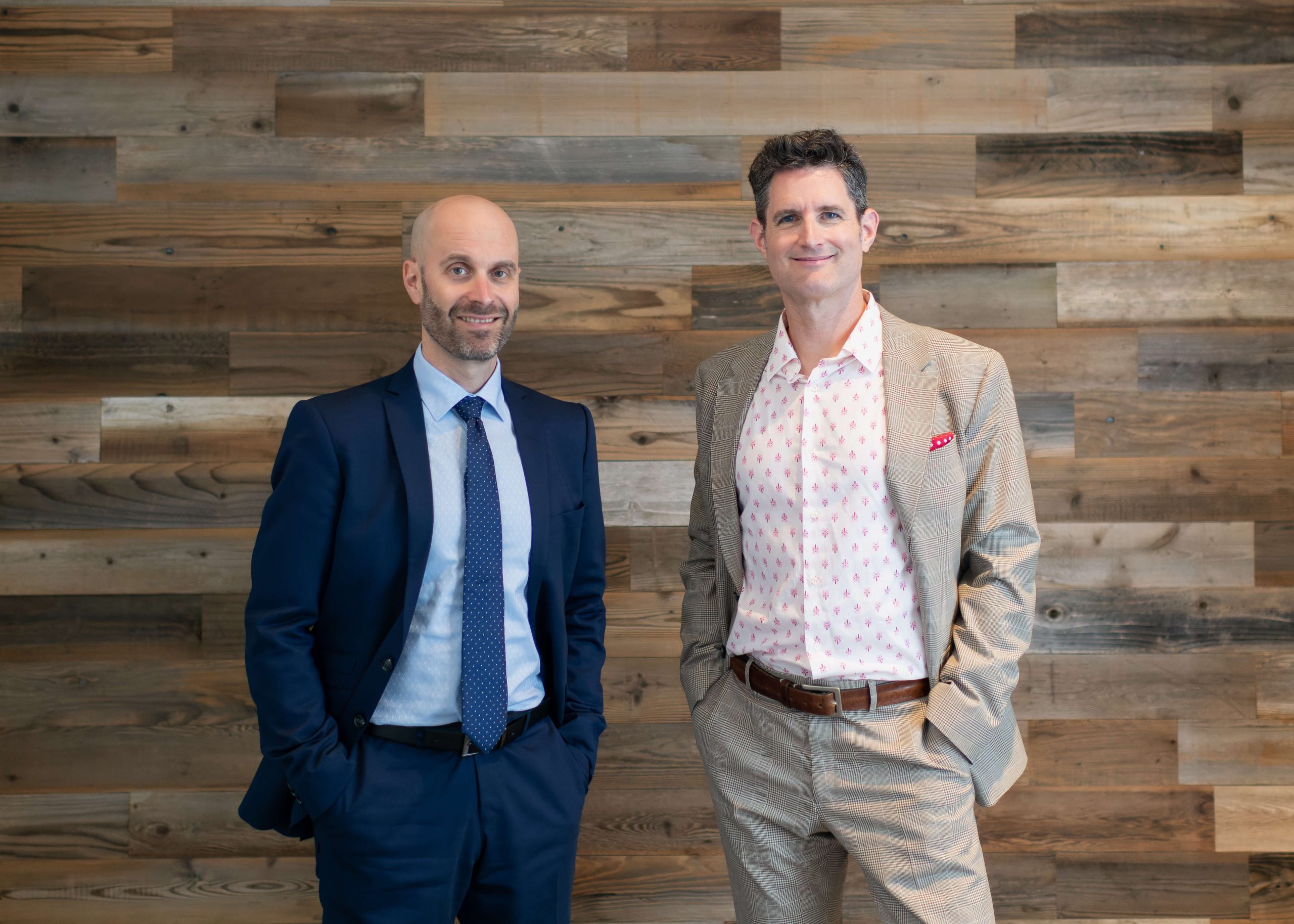 Join the two Profs for their fourth annual End of Year Review, taking look at the jurisprudential highlights and lowlights from 2023. They’ll analyze the key cases, add their insight, and make a few predictions for 2024. Every year, this is one of our most popular seminars. Don’t miss it!

Steven Penney is a Professor at the Faculty of Law, University of Alberta. Born and raised in Edmonton, he received a Bachelor of Arts and a Bachelor of Laws from the University of Alberta and a Master of Laws from Harvard Law School. He researches, teaches, and consults in the areas of criminal procedure, evidence, substantive criminal law, privacy, and law and technology. He is co-author of Criminal Procedure in Canada and co-editor of Evidence: A Canadian Casebook, a member of the advisory boards of the Alberta Law Review and Canadian Journal of Law & Justice, and Chair of the Centre for Constitutional Studies advisory board.